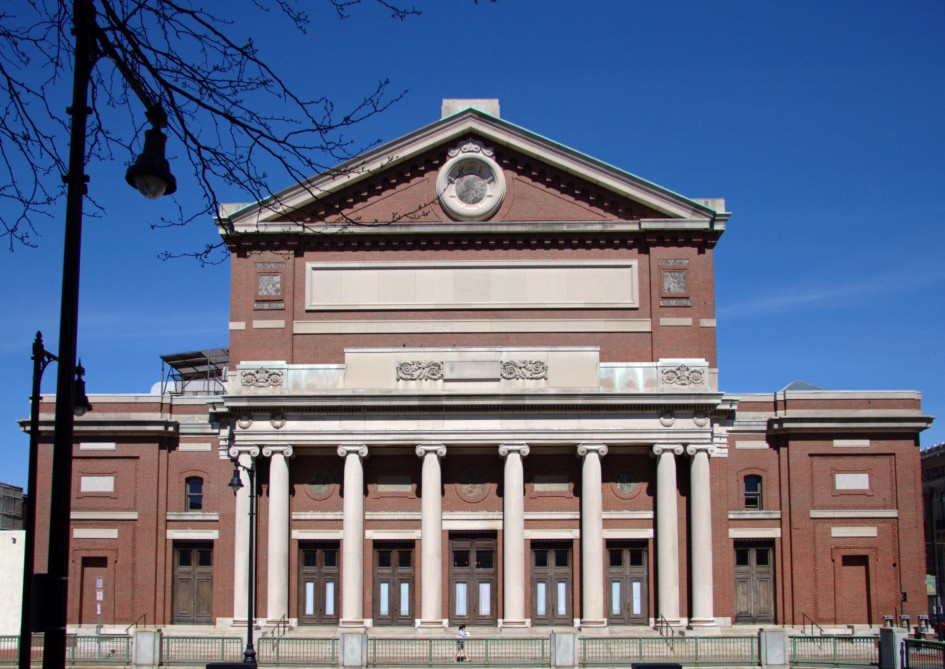 The Boston Symphony Orchestra opened its 2010/2011 season last Saturday with conductor James Levine back at the helm after healing from a back injury. I was a music major in college and even took a class focused on the Symphony. Please appreciate that I’m not going into full music history dork mode in this post…because I could…I really could…

I’ll just say that if you’ve never experienced a performance at Symphony Hall – do it! The Hall has some of the most perfect acoustics in the world.  Fun fact: the soundtrack to Schindler’s List was recorded here.

Tickets for the BSO performances usually run from $29 to $118 BUT there’s a few ways to get in for much cheaper (and without any shady scalper dealings).

The cheapest way – BSO Rush Tickets.  You can get rush tickets for certain performances for $9. NINE. DOLLARS. Your pre-show dinner will probably cost more than that.  A limited number of tickets are held for this deal for performances on Tuesdays and Thursday evenings and Friday afternoons. These tickets can be purchased with cash only and one to a customer, at the BSO Box Office on Massachusetts Avenue on Fridays beginning at 10am, and on Tuesdays and Thursdays beginning at 5pm. Please note that there are no Rush Tickets available on Friday or Saturday evenings.

Interested in hearing Mahler’s Symphony No. 2? Head over there tonight.  Check out the full schedule to see which super cheap performances you could attend.

Another option is buying tickets to Open Rehearsals.  The rehearsal tickets are  $20 and seating is first-come first-served.  You’ll hear the entire performance, but be prepared for some stops and starts – it is a working rehearsal, after all.  There are one or two open rehearsals each month.

There is also the Orchestra’s <40 = $20 program.  In an effort to reach out to younger patrons, anyone under the age of 40 can purchase up to two tickets at $20 each (with a $5.50 service charge).  These are based on availability for each performance.

Want to get into Symphony Hall for free? Check out their Behind The Scenes Tour.