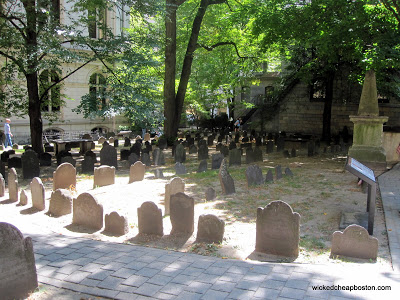 Next stop on the trail…

5. King’s Chapel
My favorite stop so far. If you visit one church in Boston, visit this one. Originally built with wood in 1688 then rebuilt with stone 1754. The building may look a bit stunted – the builders ran out of money before they could complete the steeple. This was the first Unitarian church in the colonies and today conducts Unitarian Universalist services (as well as free concerts every Tuesday at 12:15).

The church is open for free self guided tours. Check the website here for hours. 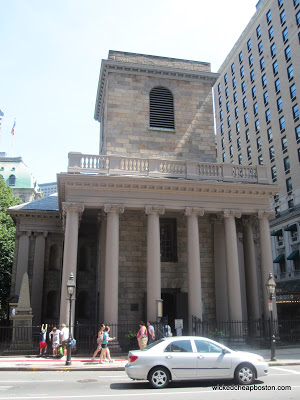 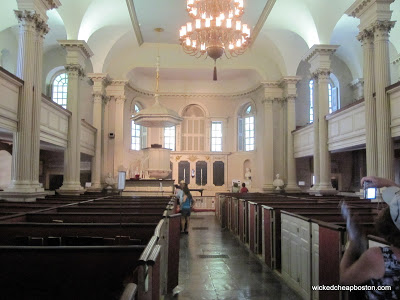 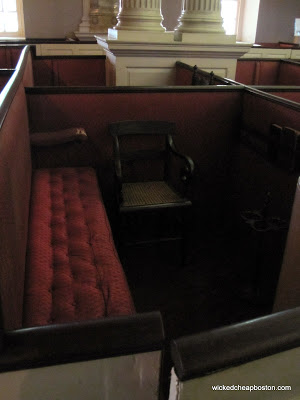 So here’s why I think this church is so cool. Instead of the traditional pews you may expect, there are box pews. These are the original pews, built with high sides to protect from drafts in the winter. Coals would be heated up and placed in small stoves to provide extra heat, and some parishioners would bring their dogs to sit on and warm their feet. Prior to the twentienth century, families would pay “pew rent” and furnish their box with their own possessions. Some are still more furnished than others. 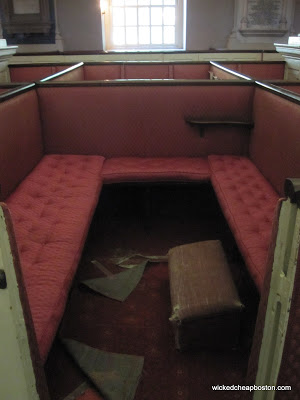 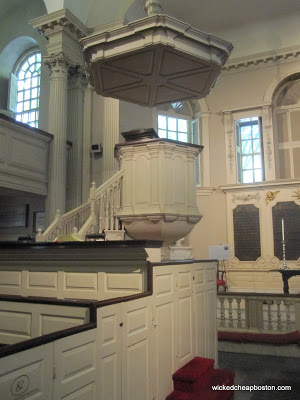 Another thing I’ve never seen in any other church – this kind of pulpit. It is also the original and is referred to as a “wine glass pulpit” because of its shape. The canopy is meant to amplify the preacher’s voice.

King’s Chapel is just one of those places that makes you want to travel back in time to experience.

6. King’s Chapel Burying Ground
Yep, another cemetary. Eeeh. This one is the oldest in the city, dating to 1630. Again, free to the public and open during the day. 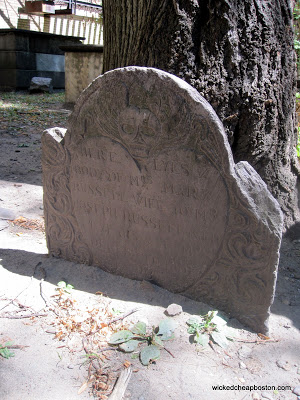 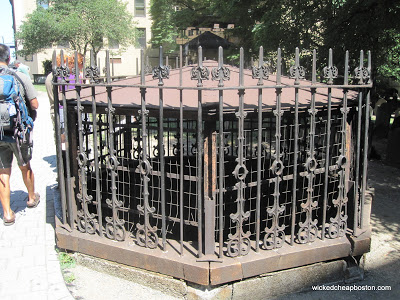 This looks down into the crypt area.
That’s all I have to say about that.

7. Boston Latin School and Benjamin Franklin Statue
You next pass by the sight where America’s first public school once stood. Boston Latin School, which is now in the Fenway/Longwood area was founded in 1635. The sight is marked by a statue of alumnus Benjamin Franklin – this was the first portrait statue in Boston. Fun Fact: Franklin was born and raised in Boston and was meant to work as an apprentice with his half-brother but they got along so poorly that he moved to Philadelphia. Other noted alumni include John Hancock, Samuel Adams, Charles Bulfinch, Ralph Waldo Emerson, Arthur Fiedler and Leonard Bernstein. The site is also marked by a mosaic in the sidewalk. 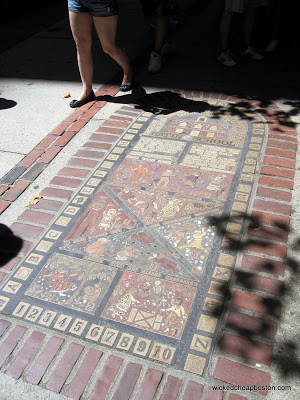 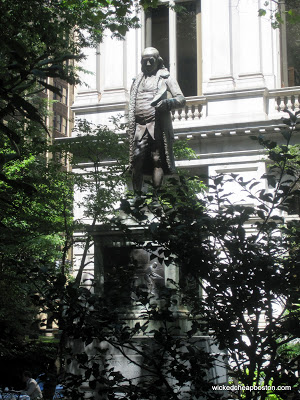 Behind Ben is the Old City Hall which is now…a steakhouse. C’est la vie.

8. Old Corner Bookstore
Formerly the home of Ticknor and Fields, the country’s leading publisher between 1833 and 1864. The biggest of the big literary names in Boston (Longfellow, Thoreau, Hawthorne, Emerson, etc) were published by and often visited Ticknor and Fields. The building was restored in 1960 and but is not in use at this point. 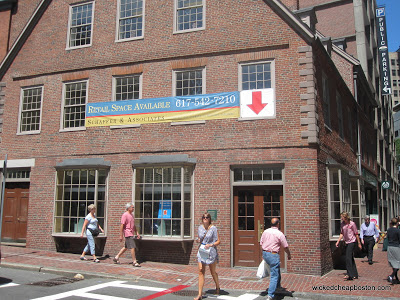 Later today I head to the Old South Meeting House and beyond!